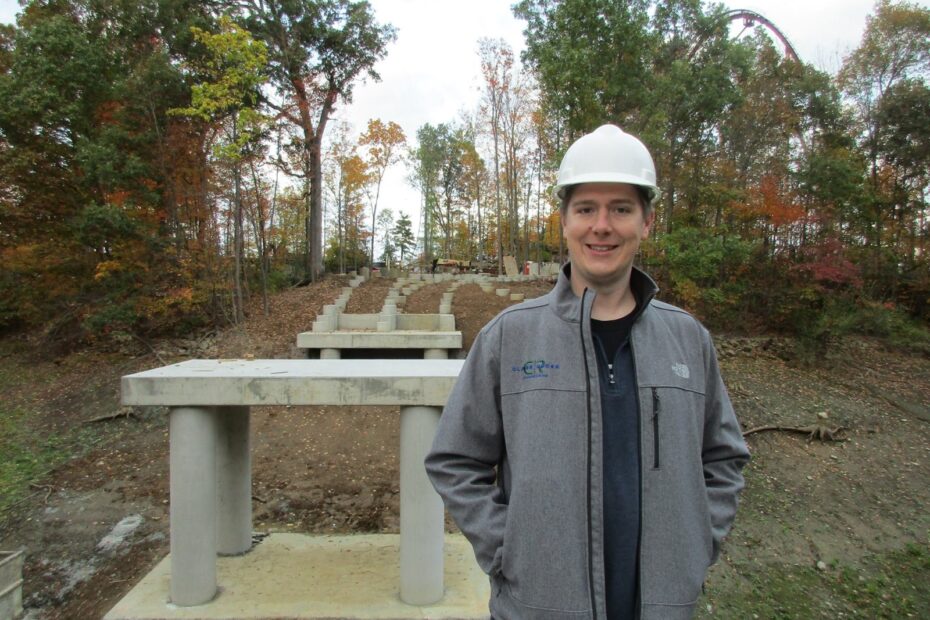 Orlando, Florida, USA – Skyline Attractions is excited to announce an expansion of its structural engineering capabilities with the onboarding of a new partner, Dan Peak, PE. Dan is a graduate of the University of Cincinnati with a Bachelor’s and Master’s degree in Civil Engineering, and has worked in the entertainment industry for over sixteen years at Schaefer and Clark Reder Engineering prior to joining the Skyline team.

Through a partnership between Skyline Attractions and Clark Reder, Dan has provided the structural engineering for multiple Skyline Attractions projects. Starting with the foundation system for Mystic Timbers at Kings Island in Mason, Ohio, Dan’s work has expanded to include the record-breaking Texas Stingray at SeaWorld San Antonio, the first-of-its-kind Roaring Timbers at Hon Thom Nature Park in Vietnam, and the upcoming SkyBlazer at COTALAND in Texas. Dan is also heavily involved in multiple yet-to-be-announced attractions with Skyline Attractions including additional roller coasters.

Outside of his past work with Skyline Attractions, Dan’s projects have also included engineering for a long list of live entertainment events for world-renowned artists and international brands. This includes projects with Kanye West and Criss Angel as well as larger-than-life marketing stunts such as a 60-foot tall full-size Hot Wheels loop which stunt drivers sped through at the X Games Los Angeles.

Skyline Attractions will now offer a broader range of structural engineering capabilities for building and foundation systems for amusement and water parks, as well as a variety of other large-scale amusement-based experiences.

Skyline Attractions, LLC is based in Orlando, Florida, USA and strives to be the best manufacturer of quality American-built rides that the most demanding buyers require. The company was founded in 2014 and has since worked on the design and manufacturing of amusement rides across the globe, including world-record wooden roller coasters for Great Coasters International, Inc.

You’ve subscribed to our monthly newsletter

Stay updated on our rides,
products, and services!